From New York to Japan, here’s what’s coming in the new year

Luxury residential developers have had to rethink their strategies as the Covid-19 pandemic continues.

For many, that’s meant going back to the drawing board to adjust floor plans to include office space, expand outdoor areas and add amenities like air filtration systems and touchless technology. That has meant delays.

“There’s been a slight shift in developer behavior,” according to Liam Bailey, the global head of research department at the London-based real estate company Knight Frank. “A lot of them have slowed down delivery in order to redesign facilities, maximize private space and create separate areas for working from home.”

But projects that are taking the time to rejigger design plans are attracting attention.

“Sales are quite healthy in those developments that offer the facilities people are looking for,” Mr. Bailey explained.

Luxury buyers are not shying away from investments, but they are looking for the highest level of design, finishes and execution.

“They absolutely want the best, though not necessarily the most expensive,” Mr. Bailey noted.

After a year of staying close to home, some buyers are looking for a lifestyle change that will give them more access to nature and outdoor activities. That’s meant increased interest for projects outside cities, ideally with water or mountain views.

Urban areas such as New York City are suffering from a surplus in inventory, which could create buying opportunities. But it won’t last forever.

“I think we might be surprised by the return of the city next year,” Mr. Bailey said. “Once there’s a vaccine in place, people will start to go back to the office, back to the city, at least one or two days a week.”

Located on Cooper Jack Bay, the Strand will offer 46 luxury waterfront villas, custom residences and homesites in Turks and Caicos. In addition to its 2,230 feet of beachfront property on the Caribbean Sea, the site also boasts 1,400 feet of canal and marina frontage. That’s allowed developers to create a private marina for owners, as well as several yacht slips for visitors.

At the center of the project is a laguna-inspired pool, spa and lounge area surrounded by local limestone and protected by palm trees. The community will also have a beach and tennis club, a water’s edge restaurant and bar, two pickleball courts, a gym with a secluded yoga deck and a club boat helmed by a private captain, plus catamarans, kayaks and paddleboards for residents’ use. 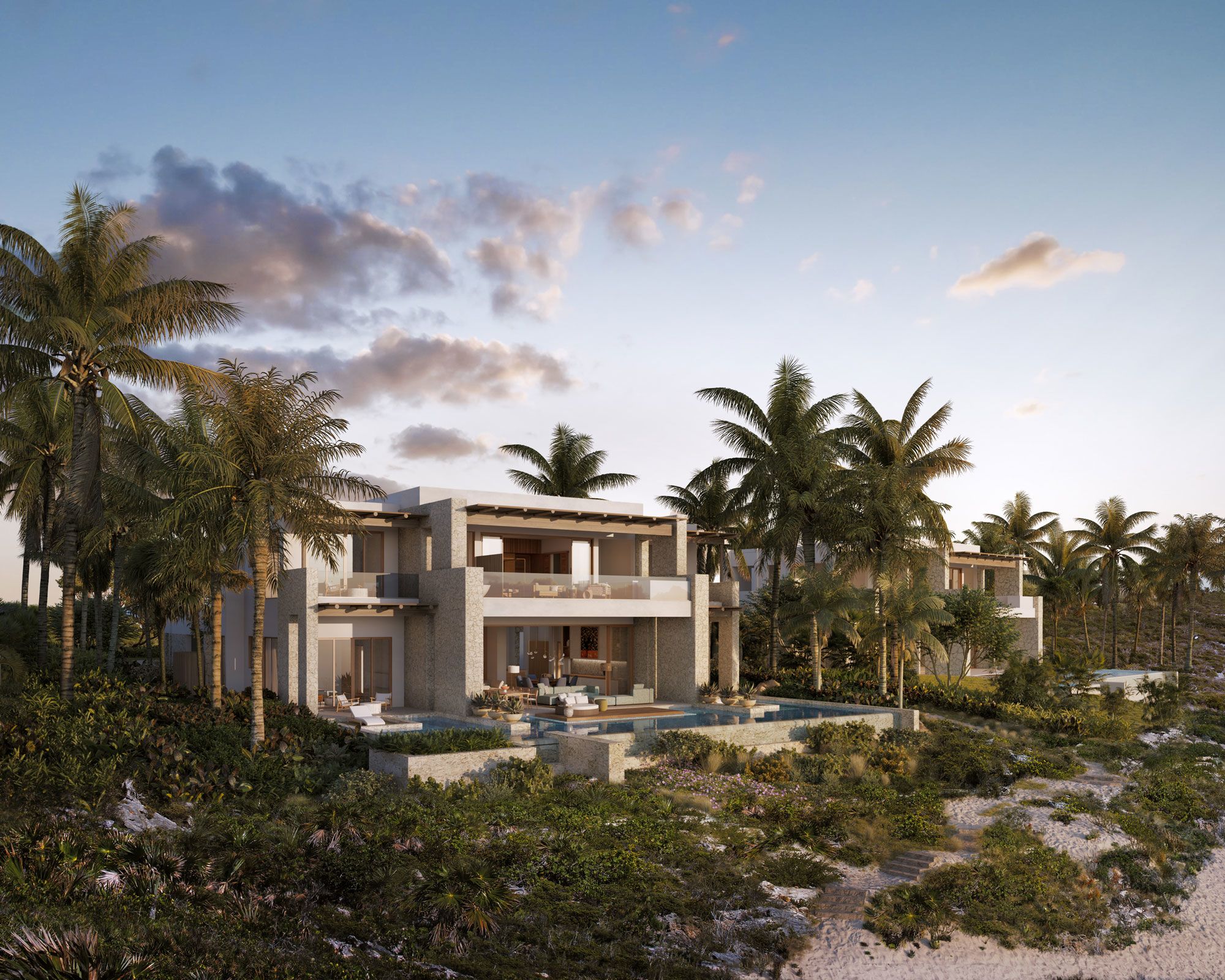 Owners will have access to catering by a private chef, in-home spa treatments, housekeeping and other services, as well as 24-hour concierge services. Miami-based RAD Architecture will design the bespoke residences with Florida-based firm Modus Operandi, in charge of interior design. Sales are set to launch in the first quarter, with prices ranging from $2.2 million to $10 million.

For press or media inquiries, contact Meredith Strodel at strand@candrpr.com

Register below and speak with one of our sales representatives about coming home to The Strand. Plus, you’ll receive exclusive project updates directly to your inbox.